The US Federal Reserve left the key interest rate unchanged, as well as the volume of bond purchases at the same level. Let me remind that the consensus forecast of specialized experts pointed to extremely low probability of change of these instruments of monetary policy. That's why the comments to the decision were more important for traders. But we did not hear anything new during the press conference either. Jerome Powell said that the rise in inflation was due to temporary factors, thus indicating that there was no reason to change the monetary policy. There was also an emphasis on the recovery of the labor market and increased economic activity, but not enough to reduce the volume of bonds.

As a consequence, pressure on the USDX remains elevated, thereby increasing the likelihood of further declines towards 90.00. 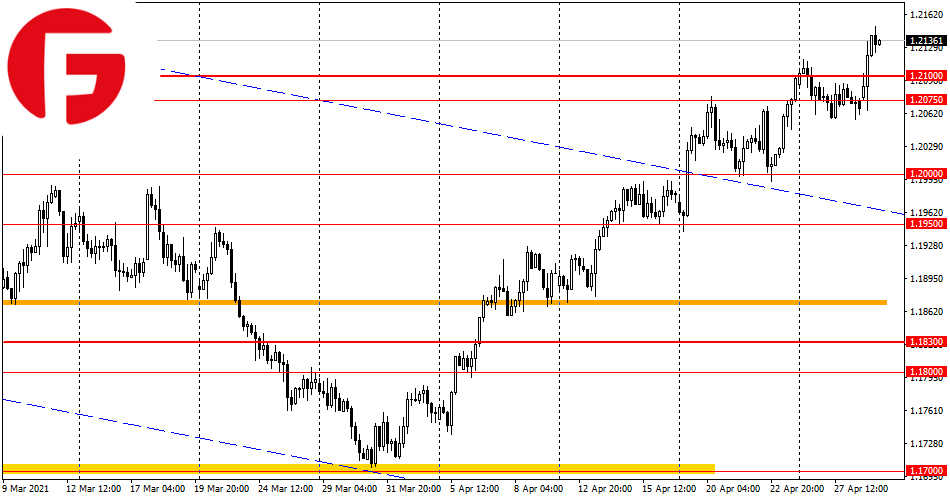 The weakening of the US dollar and, as a result, the return of quotes above 1.2100 pushed the pair to the next target of 1.2175. At the same time, I would like to draw your attention to the high saturation of the news background both during the European and American trading sessions. Therefore, there is a high probability of increasing the trading activity of this currency pair. Today, Germany will report on the labor market and inflation. I note that economists do not expect a reduction in unemployment, which is negative for the EUR and the pair. Let me remind you that the unemployment rate in Germany has been held at 6.0% since December 2020. The lack of positive dynamics may put pressure on the euro. 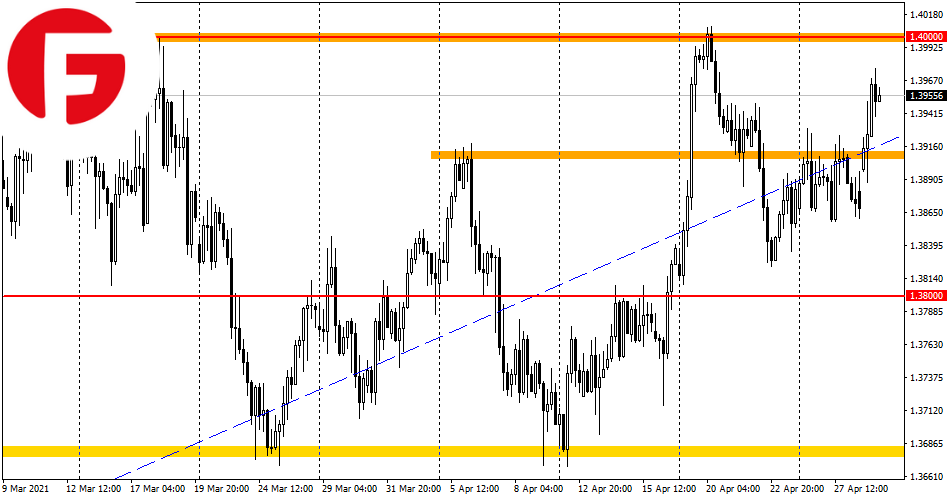 Clearly a bad signal for buyers is the fact that despite the noticeable weakening of the US dollar, the pair's quotes failed to reach the target resistance level of 1.4000. Let me remind you that before the breakout and subsequent fixation of quotes above the resistance level of 1.4000, it is extremely difficult to talk about the ability of buyers to continue growing. The pair is still held in the wide sideways 1.3675-1.4000.

Today, Britain will not publish important macroeconomic reports, so the further direction of price movement will mainly depend on the strength of the USD. 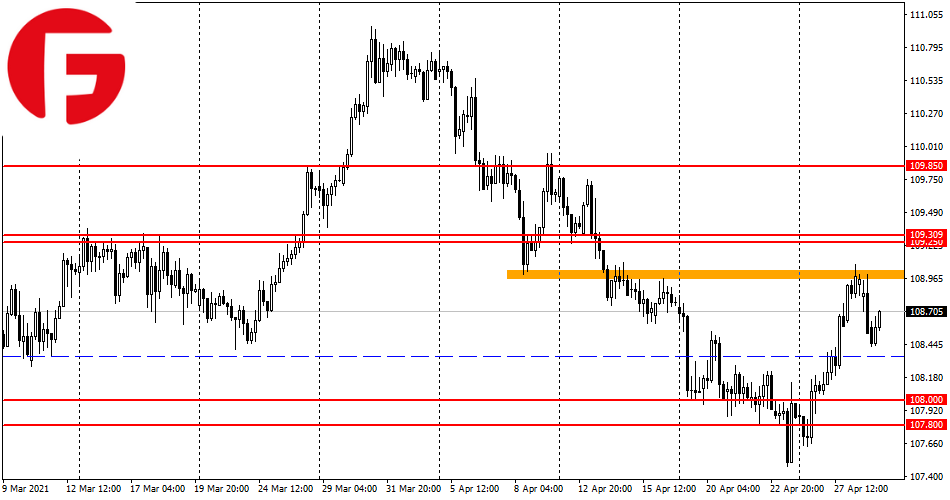 I expect an increase in the trading volatility of this currency pair during the publication of the block of macroeconomic statistics from the United States.

The above overview is not a direct guide to action, but only a recommendation.