The Euro is continuing to hold its ground during the Asian trading session today, following on from yesterday’s gains on the back of general US dollar weakness, as the market awaits the outcome of the two-day Federal Reserve policy meeting which culminates with an interest rate decision and monetary policy statement later today.

The U.S. currency has been strengthening against the major currencies for the best part of a month, as the economic recovery gains steam, leading to speculation that the Fed will begin to taper its bond buying program and raise interest rates to stop inflation from spiraling out of control.

Taking into account the gains made yesterday by the Euro against the greenback, and the continued support today, it seems as if many investors have placed their bets on a more dovish Fed later today which would put to an end, at least temporarily, to the US dollars recent bull run.

The reason some investors believe the Fed will be less optimistic about the US economy as previously thought, is the rise in COVID-19 Delta variant cases throughout the US and with many states seemingly against the vaccination process, the chances of a further severe wave of the pandemic remain high.

This will once again hit the US economy hard and force the Fed for the time being, to shelve any plans to cut their current stimulus program or even mention the topic of higher rates. 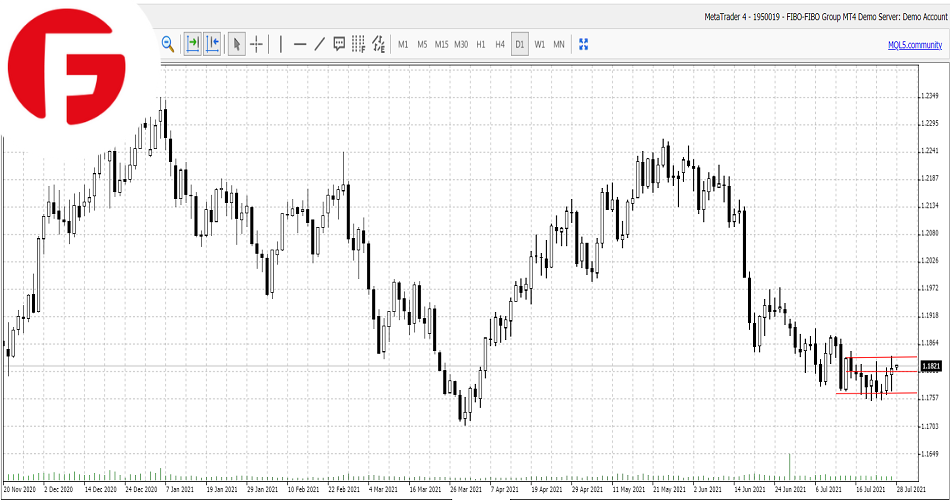 As mentioned in yesterday’s article, a bullish sign for the Euro would be a break of the $1.1811 resistance level which it managed to do and has remained above there so far today.

This should act as a support level as we enter the European session, and we may see the Eurozone currency make another run and a possible break of the next resistance level of $1.1849 as we move closer to the Fed rate decision later today.