The Euro is under further pressure against the US dollar as we exit today’s Asian trading session and enter the European session after the release of disappointing data that shows consumers still have some concerns with regards to the coronavirus.

The latest retail sales figures from Germany, which hit the market around 1 hour ago, came in at 1.1% against analysts’ expectations for a number of 1.5%, although they were well up from last month’s figure of -4.5%

The yearly figure was even more disappointing, coming in at 0.4% against predictions for a figure of 1.9%, although the news was somewhat expected given the damage that covid 19 has done to the German economy over the past year.

The news was also in contrast to yesterday’s consumer price index figures from Europe’s biggest economy, which came in at 4.1%, slightly above consensus for a number of 4% but this was offset by strong figures from the US with the latest GDP numbers coming in at 6.2% against analysts’ estimations for a figure of 6.1%.

For the Euro at the moment, it is all about economic news so the release of consumer confidence figures from the Eurozone later today will be vital to the European currency’s direction as we close out the trading week.

Even more important will be the release of the ISM manufacturing figures from the US and in the current climate, with risk aversion at the top of everybody’s agenda, this release will be the most important of the day, and a good reading is sure to see the Euro hit a new yearly low. 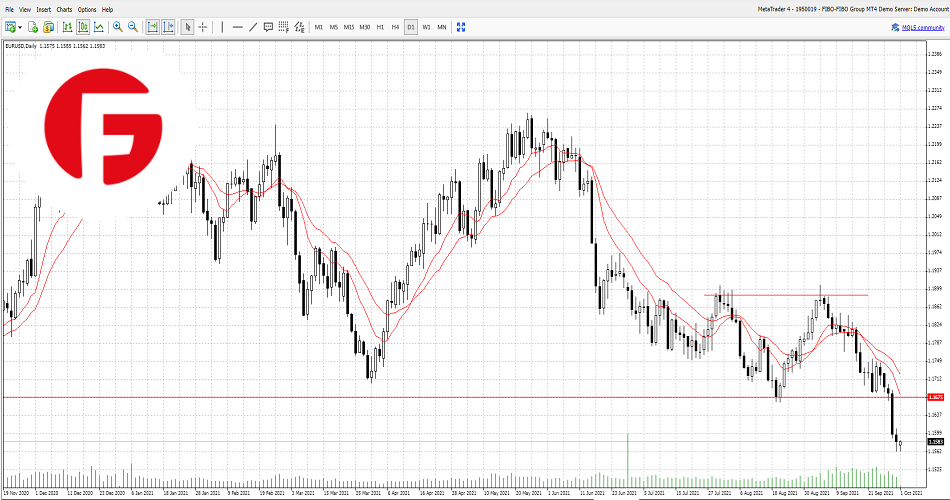 On the daily chart we can see the Euro touched a daily low of $1.1562 before bouncing off which means there is currently support at this yearly low figure that was reached yesterday.

It is going to be difficult for the EUR/USD currency pair to continue this upward momentum unless we have consumer confidence figures due later today from the Eurozone that vastly overshoot analysts’ estimates.

As earlier mentioned, they key to the Euro’s fortunes will be the strength of the ISM manufacturing figures and unless they come in well below expectations, it is hard to see the Euro retain any support